The three institutions that form TFI Torino Film Industry – Film Commission Torino Piemonte, TorinoFilmLab and Talents Short Film Market – will present to the public of the Italian Pavilion the new edition of the initiative that will take place in Turin in November, during and in collaboration with Torino Film Festival.
Dates, initiatives, news, how to participate in the 5th edition of the well-established Turin event. TFI Torino Film Industry is a Film Commission Torino Piemonte project that brings together and connects the Production Days event organized by FCTP itself, the TFL ITALIA organized by TorinoFilmLab and promoted by Museo Nazionale del Cinema, and the 7th edition of the Talents Short Film Market (former Torino Short Film, organized by Centro Nazionale del Cortometraggio – National Short Film Center)

Events of international level targeted to professionals of the audiovisual industry, focusing in particular on new talents and new cinema, shorts, documentaries, first and second feature films and the most innovative TV series. 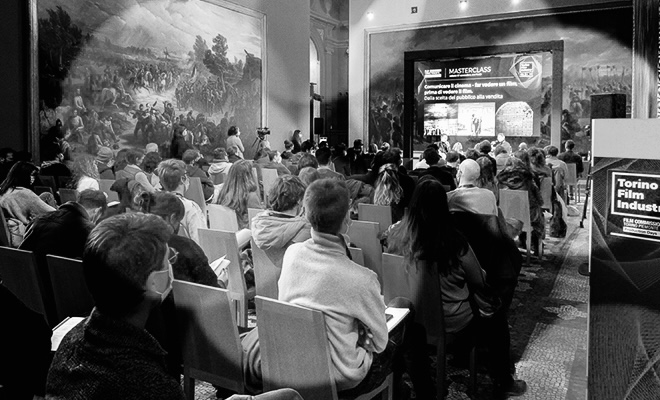 In the following days you will be able to view the calls open for this year.