The featured Country in Focus at TSFM vol. 7 is Germany

As the representational and lobbying body for German short film, the AG Kurzfilm – German Short Film Association has prepared a range of formats to provide insights into the German short film scene:

AG Kurzfilm – German Short Film Association’s ambition is to improve the public awareness of German short film, nationally and internationally. The association functions as a service center for short film makers, producers and short film institutions and is a contact source on German short film for political bodies, the film industry, cinemas and film festivals. Presented with the support of German Films, Arte and IDM.

Since 2013, AG Kurzfilm – German Short Film Association and German Films have published a biannual program that is dedicated to current young German experimental film. The 6th edition will have its market premiere at TSFM. Central motifs of the 6th edition of the Emerging Artists program are origin, homeland, memory and belonging. Starting in January 2023, the program can be booked and screened by international institutions, such as festivals, galleries and cinemas. Among others, AG Kurzfilm – German Short Film Association cooperates with Goethe-Institutes in order to show the program in as many international venues as possible. Whenever convenient, the artists accompany the project and are available for on-site discussions.

Saft by Mona Keil
Hoamweh Lung by Felix Klee
Digital Ashes by Bruno Christofoletti Barrenha
Gruß an die Mutter: Weh Übungen by Keren Shemesh
we are what we eat by Natalia Ehret
Связь (Connection) by Serafina Orlova
The Sunset Special by Nicolas Gebbe

What is the point of festivals?

It is said that festivals are the exploitation and presentation platform par excellence for short films. But what exactly are festivals? What specifically do they do and what has changed as a result of the pandemic? Has our view perhaps been sharpened in times when gatherings in front of screens were impossible? Katrin Mundt’s keynote gives an overview of the extraordinarily diverse short film festival landscape in Germany. It discusses the different contexts in which short film is presented, and the changing ways in which it finds its audiences. It asks how the work for and collaboration between festivals has been impacted, and in what kind of geography festivals are likely to operate in the future. And finally, how can the structures of financing, organisation and communication be rethought to make festival work more sustainable? The panelists, representing different forms of festivals, contribute to the discussion based on their experiences and invite the audience to join in the discussion about the future and potential of short film festivals.

AG Kurzfilm – German Short Film Association has invited the German-Japanese artist Sylvia Schedelbauer to curate a short film program that she will present in person as part of her masterclass. The event will be an opportunity to discuss her filmic approach, her artistic development, and the influences that have shaped her as an artist. Schedelbauer will frame the curated films with her very first and most recent works: MEMORIES (2004) and OH, BUTTERFLY (2022); two films that use very different formal styles to address similar questions around family myth and secrets. The films that Schedelbauer selected include SEEDS (Philippa Ndisi-Herrmann, KE 2016), THE LAST MANGO BEFORE THE MONSOON (Payal Kapadia, IN 2014) and KICKING THE CLOUDS (Sky Hopinka, USA 2021). All films share an experimental and poetic approach in working with image, sound, music, and storytelling while relating to themes such as history, memory, family, and questions of belonging, place, identity, and dislocation.

This screening is only accessible with a Torino Film Festival ticket. Please remember to book your ticket. 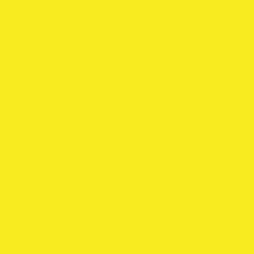